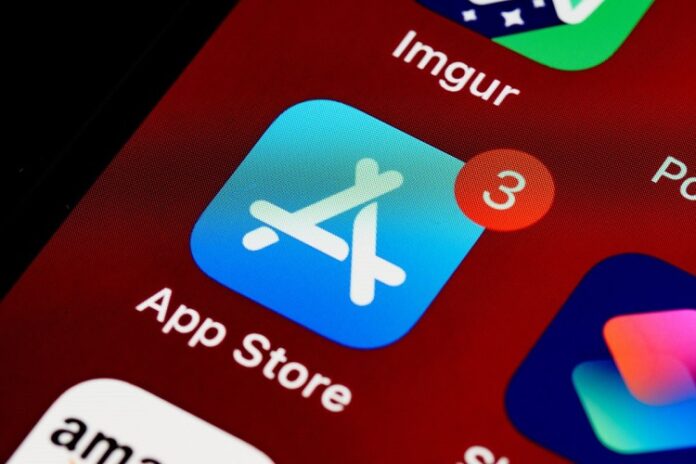 More than 1000 apps are submitted to the App Store every day, according to Statista. That’s why, when developing an iOS mobile app you don’t only have to worry about launching it to the market, but also about ways to attract more downloads – and standing out from the crowd is the best option to do so.

Of course, there are many ways to promote an app, from paid social ads to outdoor advertising, but getting featured on the App Store is by far the most powerful form of promotion for any iOS app, as trustworthy Apple editors will be recommending your app to millions of users from around the world. As you’re probably expecting, getting features on the App Store is not an easy process, but also not impossible to achieve – so today we are going to see what are the most important steps app developers need to take in order to get an app featured on the Apple App Store.

What does it mean to get featured on the App Store?

Users can find an app in the App Store by either searching for it or by browsing the store’s featured pages or top charts, looking for inspiration. That’s why one of the best places to get featured is in the Today tab – the first screen users see when they open the App Store. Here you’ll find only apps that are hand-selected by Apple’s editors, so they need to be of great quality, with a beautiful and user-friendly design. Another place to get featured is the Apps tab, where you can either show in the Editors’ Choice section or in the Apps we love right now section.

What benefits does getting featured have?

Besides getting an impressive amount of impressions, clicks and even installs from a relevant audience, featured apps also receive a badge from Apple that testified the quality of the app, thus helping your app to gain trust and installs.

What steps to take to get featured in the App Store?

As you already know, Apple is a company driven by the desire to simplify the journey of a user through a beautifully designed user interface, so make sure your mobile development team will follow the same principle: offering a seamless user experience while impressing users with creative designs. Every aspect of your app design has to be developed intuitively, so no matter what function users access they will feel like naturally using it. So, before launching your app to the App Store, organize a testing session with people that match your target audience and ask them to perform some actions in the app to see how they interact with it – if they are confused you will have enough time to improve the experience.

User Experience might be the most important step in order to get featured on the App Store, but in the mobile app development process don’t forget to include features that will make your app accessible to everyone, including those who suffer from major disabilities, like being blind or colour blind, being deaf or having difficulties hearing some sounds, or having reduced mobility and not being able to hold/tap properly the device.

When developing an iOS app, make sure it follows both the iOS Human Interface Guidelines and Apple’s last models’ requirements, as with every new model they launch, they also upgrade the hardware components. By taking advantage of their latest hardware improvements, Apple will be more likely to promote your app, as it also builds towards their end goal to sell more devices. So make sure your app is also compatible with as many Apple devices as possible: iPhone, iPad, MacBook or Apple Watch.

4. Integrate as many Apple services as possible

Just like we mentioned earlier, when you include functionalities that only work on iOS devices, Apple will be more likely to promote it. Depending on what you and your app development team decide regarding what features your app should include, it can be worth trying to integrate other Apple services such as in-app purchase, iCloud or iTunes.

5. Launch your app on a Tuesday or Wednesday

Our partners from an experienced Eastern European mobile app development company recommend choosing your launch date on a Tuesday or Wednesday, in order to increase your chances of getting featured on the App Store. The reason behind these days? Apple’s editors post new curated lists every Thursday, so by releasing your app right before you can draw their attention more easily.

Another valuable tip from our partners is to get at least a few hundred downloads in the first days after the launch, so potential users can already see some reviews and ratings when looking into your featured app.

Last but not least, when releasing an iOS App, remember to optimize the product page, by adding all the necessary details in order to convince people to read more about your app and install it. Don’t forget to add up to 10 eye-catching screenshots and even app previews (30-second videos from your app) to give potential users a glimpse of your app.

7. Fill Out the “Get Featured on the App Store” Form

Yes, there’s a form you have to fill in order to be considered as a feature candidate. In the form, you will give Apple more details about your app’s story, and what benefits it brings to users, but you will also have the opportunity to submit brand presentations and other marketing materials, such as launch videos or PR.

Are you ready to get featured on the App Store and boost your app installs? Follow our tips and don’t forget to keep updating your app according to the latest Apple requirements for a chance to be the star of the App Store.

Understanding the workflow system & its benefits

The ultimate guide to Gmail Ads

7 Steps To Get Your App Featured On The App Store

Things to consider before choosing a WiFi broadband plan

What is parental control software?