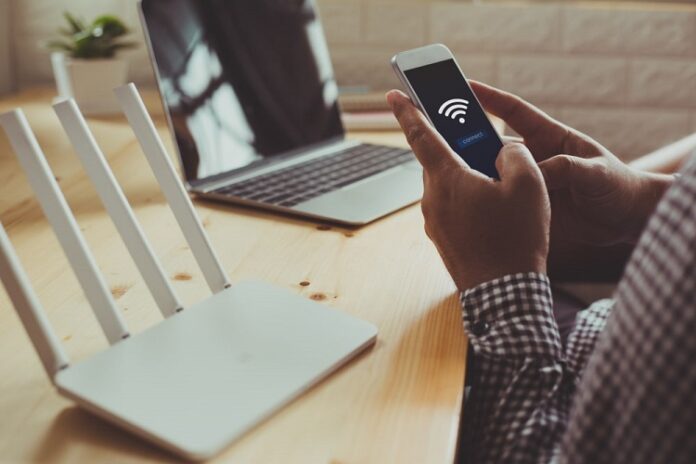 Today, a broadband connection is equally important as other basic utilities such as electricity, water, and gas. It helps us improve the way we work and conduct routine activities at our homes and workplaces with ease. Without a WiFi broadband network, our lives would be dull, difficult, and plain boring!

Since a broadband connection plays an integral part in our day-to-day lives, it is important to choose the right network. A good wireless broadband network will make your life much easier by providing high-speed internet. Let’s further understand the meaning of a great broadband connection in detail. Here, take a look:

A good broadband plan is a superfast connection that transmits data over a standard phone line. Previously, it was used as a dial-up service. However, it earlier did not let us enjoy the speed that we receive today, which in turn, eradicated the need for dial-up.

Today, everybody has switched to broadband services due to its highest access speed that is offered in four different types. Here, take a look:

It transmits data over traditional copper phone lines that usually exist at homes and workspaces. The DSL speed usually ranges between 700 kbps and millions of bits per second.

It is one of the recent wireless broadband services used to carry large amounts of data using pulses of light through fiber strands at superfast speed. The speed at which fiber carries data is comparatively higher than DSL and cable modems.

Popularly known as WiFi, a wireless broadband connection transmits data using radio waves from the service provider’s facility to our location. The speed of a WiFi connection is quite similar to that of DSL and cable.

It provides high-speed internet over the same coaxial cables used by the cable companies to send sound and pictures to our TV sets.

Satellite broadband on the other hand uses satellites to transmit data. This type of connection is best utilised in remote areas.

Broadband connections have been around for a while now. However, they are constantly evolving with new technologies to boost its access and increase speeds. Therefore, it is important to buy a broadband connection only after considering the following factors mentioned below:

First things first. Ask yourself what type of WiFi or broadband connection is needed. Give it a thought. Then conduct research on the above-mentioned types of connections available in your location. Speak to your Internet Service Provider (ISP) about the same and then come to a decision.

It usually depends on the internet providers. While some ISPs provide a zero lock-in contract, the rest of them might offer a long-term contract ranging between two and three years.

Now, there are only two options available here:

These plans are slightly pricier. However, the good news is there are no extra chargers implemented on crossing the specified data limit.

This is for someone who is under a budget or does not spend time using the internet. But, before purchasing this plan, confirm with the ISP about any additional charges that can implemented on the overuse of data.

It is a key metric that usually measures the number of people sharing the bandwidth on a line. If the ratio is high, the internet speed will automatically be less. So, look for the contention ratio before you buy a broadband connection.

Finding the right broadband plan can be a tad overwhelming. But, don’t give up! Do some research, compare the available packages, seek advice from friends and family, keep the above-mentioned factors in mind, and you’re good to go!

Most common marketing mistake done by the business owners