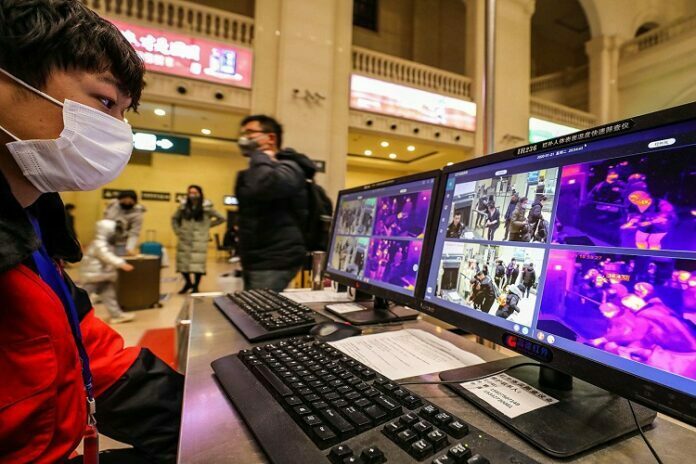 You’re most probably aware of the dangers of the coronavirus. The global pandemic has affected almost everyone on the planet. Unless you live somewhere without any contact with civilization, you’re certainly seeing the effect this disease make on humanity.

At the moment, more than 20 million people are infected. Thousands have already died because of it. No country in the world remained Covid-19 infection-free. See more live information about this here.

Since the disease is highly serious and is the worst problem humanity had on a global level since the Spanish Flu 100 years ago, the World Health Organization announced this as a global pandemic. All industries were affected and the economy will probably see the biggest fall ever recorded in its history.

At the moment, the WHO suggests people maintain social distance and wear masks as a form of security. However, there are many more features out there that can help in the battle against spreading the disease. One of them is the temperature detection system.

What is a temperature detection system?

A lot of companies do everything in their power to maintain their working environment virus-free. They hire special teams of people to disinfect everything and every day. Even though this is a great thing to do, it seems like it’s a way of solving a problem rather than preventing it.

The temperature detection system is a way to prevent the problem. One of the most common symptoms of people infected with Covid-19 is high body temperature.

The system is nothing more than a CCTV camera that is backed by an artificially intelligent computer. IT scans everyone walking in front of it. Whoever has a higher than normal temperature will be detected by the system, and sent to an official who will remove this person from the premises. See how this works here: https://medium.com/@encardio/temperature-sensors-types-how-it-works-applications-cac9305a14e3.

With it, it’s clear that no one carrying the virus will be able to get inside the building making everyone safe. The system is capable of detecting up to 2000 people per hour which is a number that guarantees perfection. No one will be allowed to get in without being scanned.

What is Covid-19 and how it works?

If you’re not aware of this, let’s get a closer look at it. Covid-19 is the popular name for the novel coronavirus also named SARS-CoV-2. It originated in China somewhere around December 2019 and then quickly spread out throughout the planet. By March 2020, almost every country in the world had at least one reported case.

The problem with this virus is that even though it’s just a part of a well-known family of flu-like viruses, it is mutated and highly aggressive. It attacks the respiratory system in humans and that is why it’s deadly in some cases.

The most common symptoms are high temperature, tiredness, dry cough, and fever. It is being transferred from one person to another by contact. Some of the first cases in Wuhan, China, were transferred by a person who was infected riding a public transport bus. People who touched the same places he did, and breathing the air in which he coughed were enough to make an epidemic in the city of millions of residents.

There’s still no cure for it. Just like most viruses, it cannot be killed and there’s still no developed vaccine to make our immune system create full immunity for it. Some scientists think that it is going to stay for a long time and we need to adjust living with it.

How could have AI prevented Covid-19?

More scientists in December 2019 warned about a possible epidemic breakout. One of them was a Canadian AI startup that was programmed to track down possible virus breakouts, such as those that happened in the past two decades, the Ebola, SARS, and MERS.

Their system was made to gather news from around the planet and fire a warning when they notice something suspicious. The alarm went off on New Year’s Eve 2019. However, no one took it too seriously even though the creators of this program notified the authorities about this.

By the end of January 2020, the virus in Wuhan, China was out of control. If the authorities took these warnings from an artificially intelligent computer more seriously, the world now would have been focused on other important issues rather than the virus. Trillions of dollars would’ve been saved and thousands of people would’ve still been with us. See more about this story on the link.

The viruses are not going to disappear?

All scientists who are educated and experienced in the problem with viruses and infections agree that this will certainly not be the last one of the deadly diseases that might wipe out humanity.

We need to do something about this problem that will not stop when we take over the control of Covid-19. Something else will come down the road and we need to be prepared for this. Even Bill Gates in a Ted Talk in 2015 said that we are not prepared for the next pandemic. He was obviously right.

The only way to get a hold on the situation is to let computers work for our well-being. We need to let them do their job much more than they are now.

Some people are afraid of artificial intelligence as a technological breakthrough. Highly respected scientists are afraid that the future where AI is dominating can be the end of the world as we know it. One of the smartest people ever lived on Earth, Stephen Hawking, warned about AI destroying humanity in countless occasions.

However, if we learn how to control it, use it rationally and ethically, we can only get the benefits from it.

Global warming is going to change the Earth’s atmosphere even more leading to more and more virus mutations. We must let the technology work for us before it’s too late. There are lots of companies who are experimenting in this field. Some of them already have a lot of hardware and software ready for use in our daily situations.

We already talked about the temperature detection system which is backed by AI. Some companies like https://athena-security.com/temperature-detection who are excellent in creating this technology are also capable of creating other AI-backed systems that we can use in our everyday situations, making our life easier and better.

We need to understand that the world is changing and if we don’t adapt quickly, we’re the ones that are going to lose the game.

What can be done in the future with AI computers?

When it comes to viruses, we need to understand that they are living organisms and attack humans. Since the beginning of humanity, viruses were one of the biggest threats to human health. Hundreds of millions of people throughout history died because of different viruses.

As medicine progressed, we were able to find a vaccine for most of them. Today, with so many technological advancements, we must be able to prevent these diseases instead of waiting for vaccines to stop its spreading.

The Spanish flu 100 years ago took 50 million lives and infected around 500 million people which was about a third of the entire population. These numbers today would be in billions and the death rate would be terrifying.

This is why we must do everything we can to prevent it instead of finding a way to solve the problem. Aside from the detection and monitoring features we already talked about, in the battle against Covid-19, AI can help in other ways too.

Since we always highlight the fact that social distancing is one of the keys, it’s clear that delivery must be done in other ways. Humans can be changed by machines run by AI. Amazon already invented and launched drones for delivering their goods. These drones are driven by artificial intelligence.

With all this in mind, you understand that combining things for the greater good is a way to handle things perfectly. If we all manage to do all this and entrust AI for our needs, the virus will be gone in less than a month. However, it seems like humanity is still not ready for these kinds of changes and self-awareness.

Can technology do the job on its own?

We all know that humans are not machines and emotions always get in the way. This is the main reason why most of the time we fail to do the right thing. In this case, our emotions and carelessness are costing a lot of people in their lives.

Since machines are not having the issue of emotions, they manage to do the right thing in 100% of the cases. If we as humans can’t take care of the problem, maybe we should let machines do the job for us.

If this seems like a part of sci-fi Hollywood movie, be sure that it’s not that complicated, nor scary. All we need to do is let managers and government officials implement artificial intelligence everywhere where it is possible.

We’re talking about train stations, subways, bus stops, airports, malls, and all the places where the viruses spread the easiest. In these places, a great monitoring system will have control over who gets in. Everyone who has virus symptoms will be taken to the hospital immediately.

The same goes for companies, hotels, shops, and other privately owned institutions. The managers there will install AI-backed machines and will control the situation equally. People who refuse to follow instructions will be spotted immediately and arrested by the officials.

When everything is controlled by computers, when goods are delivered without human interaction, and when all the appliances at the public facilities we use every day are made hands-free, we can say that we take control over the situation. This may seem like a long shot, but if we all work together, it’s going to be easy. We’re talking about human lives here, so these things must be done.

We’re in a situation when getting control over Covid-19 is not at all easy. People are tired of living in quarantine and wearing masks all the time. Some parts of the world already experience protests because of this. People lose their jobs because the economy is plummeting and it seems like we can’t go longer this way.

Technology must be implemented more seriously in our lives. Artificial intelligence is the one that will be helpful if we know exactly what needs to be done.

LifeVac – What is it, and is it true this device can save lives?

How the guest posting service is an essential one for every...