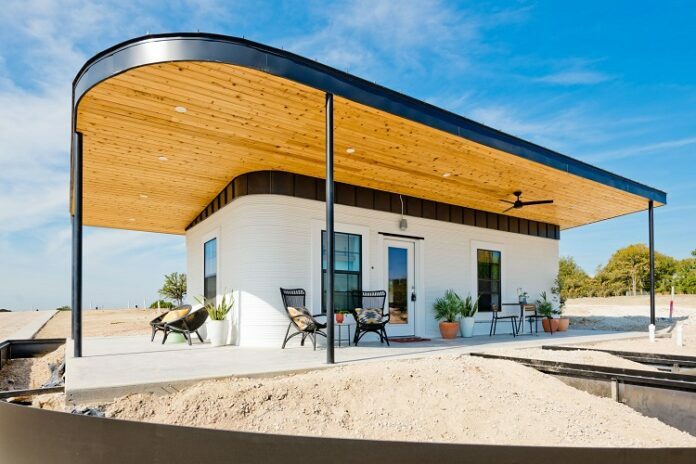 The acceleration of technological advancement in today’s day and age is unprecedented. As a result, innovators from all over the world have constantly looked for ways to make their lives easier-one of the industries that had undergone some of the most significant changes in the construction industry.

Nowadays, technologies like the Internet of Things (IoT) and Artificial Intelligence have been reshaping and addressing the inefficacies that once existed in the construction industry.

In this article, we will discuss some of the trends in the way technology is transforming construction businesses operate. We will also take a look at some of the benefits that come with these significant changes.

Liquid Speed Bumps minus the Damages

Speed bumps were used to help in making roads more safe and secure. However, with the increasing amount of disadvantages its been bringing to other people, it’s about time it undergoes some innovations.

Before, speed bumps will require car drivers to slow down to avoid damaging their vehicle. This idea worked great mainly in securing the safety of pedestrians.

Over the years, these speed bumps were redesigned to help all types of vehicles, especially emergency responders. There are now speed cushions created to let larger vehicles pass through them without almost zero impediments.

Now, there are also Intelligent Speed Bumps that are made using flexible plastic tubes. It was designed so that when a vehicle passes through it at the right speed, it decompresses, which allows them to drive quickly but with less speed. However, if a car runs through it at a higher rate, it will act like any concrete speed bump.

Concrete that allows for self-healing

Concrete is used in almost every building infrastructure imaginable. Concrete is made to build our homes, schools, and even business empires.

This material makes any construction possible. More than that, it is cheap, durable, and can be easily mass-produced. However, over the years, concrete will experience some deterioration. It is susceptible to damages like the cracks that you might see on your walls.

At first, it may not seem like something you should be worried about. But over time, it may affect the overall structural integrity of your structure.

Although, over the past few years, innovators and engineers have been working with healing agents to design self-healing concrete. This innovation utilized organisms such as sodium silicate, fungus, and even bacteria.

The revolutionary idea of self-healing concrete is a game-changer. Imagine a time where people won’t have to worry about managing damages and complicated maintenance in the future.

There is something truly sophisticated and beautiful with buildings made of huge windows that allow for natural light. Now, imagine an infrastructure that allows for an almost transparent structure. For the past few decades, engineers had longed to create a material with the purity that comes from glass but still has the durability of metal.

Scientists had long experimented with the idea of combining nitrogen, aluminum, and oxygen to create a new type of ceramic material. When we talk about ceramic, it is a hard and typically crystalline material made through both the cooling and heating processes. For example, the creation of transparent aluminum was created in placing it under high pressures and has undergone heating for a considerable number of days a 2000 degrees Celsius. Nowadays, transparent aluminum is used for military armored vehicles and even optical lenses.

Get a Printed House

A few years ago, only a few companies can get their hands on a 3-D printer. Nowadays, more people have access to this type of technology, and it can even be used at home or in school. The fact that 3-D printing had been mainstream had catapulted to multiple advancements, especially with its potential in building infrastructures

Today, people have the option to have their homes built through a 3-D printer. Once spearheaded by a Dutch architectural firm, an ambitious art project thought of making one of the largest 3-D printers to create huge LEGO blocks that can form rooms.

On the other side of the globe, a construction company from China started building homes using a 3-D printer that spurts cement and even some construction waste to create a home.

The company claims that homes can be assembled with less than $5000 and exponentially increase productivity rates at ten structures per day.

Technology had indeed come a long way in just a few years. Not only are the advancements in the construction industry used to improve structural integrity but also safety. Plus, with these new changes, the productivity rate of companies had also increased to greater heights and even made it more aesthetically pleasing to its users.

Understanding the importance of a great domain name

7 Steps To Get Your App Featured On The App Store

Things to consider before choosing a WiFi broadband plan

How Can Temperature Detection System and the AI Battle Coronavirus?

The principles of bulk SMS marketing